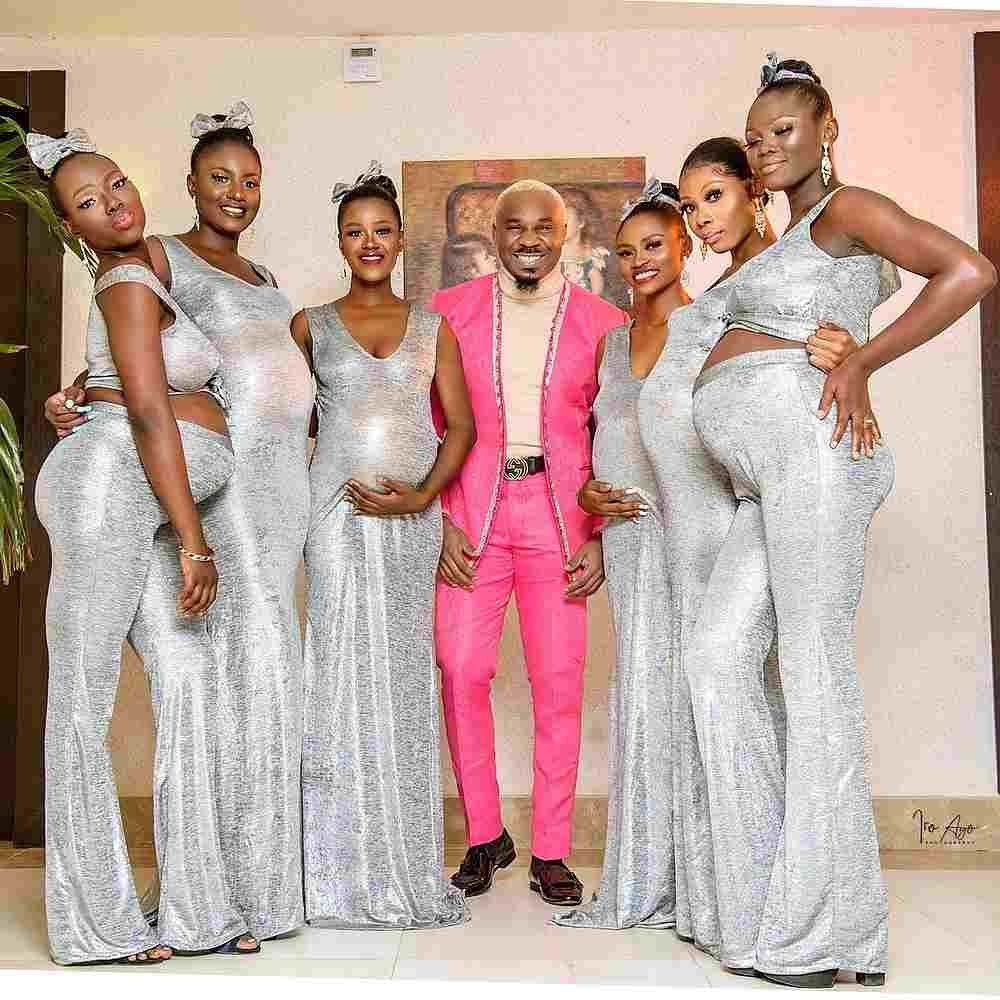 While most wedding guests show up with a plus one in tow, a Nigerian playboy had no qualms in bringing along six pregnant women.

The socialite and club owner, who is known as Pretty Mike, was attending the nuptials of actor Williams Uchemba, claims he impregnated all of them, Daily Star reported.

The mums-to-be attended the ceremony wearing matching silver outfits while the father of their babies wore an eye-catching hot pink suit.

“Pretty Mike needs to be placed in the psychiatric intensive care section, he’s obviously exhibiting some symptoms of mental illness,” one person wrote.

Another social media user said Pretty Mike’s decision to attend a wedding with six women was in poor taste as it upstaged the bride and groom.

“He was there at the door rubbing their belly.

“This is one reason I must have heavy military presence at my wedding venue – you will not come and chase clout on my special day.”

The club owner has earned a reputation as a playboy in Nigeria and would openly share details of his relationships with the women he dates on social media.

In February this year, Pretty Mike raised eyebrows by saying that a beautiful woman is not meant for just one man.

“I don’t know who needs to hear this, but a beautiful lady isn’t meant for only one man, so to keep one to yourself in this Lagos (Nigeria’s largest city), you must be capable of doing what 11 men can do,” he said.