Buhari : “Victory is Enough Reward for your Efforts”

It’s been a steady downpour of rain across major parts of the Western Nigeria. |This followed by the habitual heavy traffic in Lagos, characteristically increases the endless hours spent in transit.

I set out with hopes of catching up with a couple of friends in the name of mending fences over our differences in the recently concluded presidential elections. Oluwole Olatubi was unhappy about the outcome and consequent trend of the talks that he was absent at our post election analysis drink up on Saturday 23rd February. Until this day, not a word has been heard from him. It was part of the plan to see him to talk things over, then the rain poured and flash floods wouldn’t allow us to travel with ease.

As usual, the yabis continued in their different camps, especially those of the APC and PDP. I thought many would have taken their cues from President Muhammadu Buhari’s acceptance speech where he said, “I would like to make a special appeal to my supporters not to gloat or humiliate the opposition. Victory is enough reward for your efforts”. The social media space is awash will loads of gloating!

We have heard that Former Vice President Atiku Abubakar wants to contest the result of the presidential elections. What is new is that the National Peace Committee visited the PDP’s presidential candidate former VP Atiku Abubakar. The meeting had in attendance, former Head of State, Gen. Abdulsalami Abubakar the chairman of the NPC; Catholic Bishop of Sokoto Diocese, Matthew Kukah; and other members of the committee; Atiku’s running mate, Peter Obi; Senate President Bukola Saraki; PDP Chairman, Prince Uche Secondus; Speaker, Yakubu Dogara and other PDP leaders were also in attendance. Cardinal John Onaiyekan, and Rev. Fr. Atta Barkindo of the NPC Secretariat were there too. 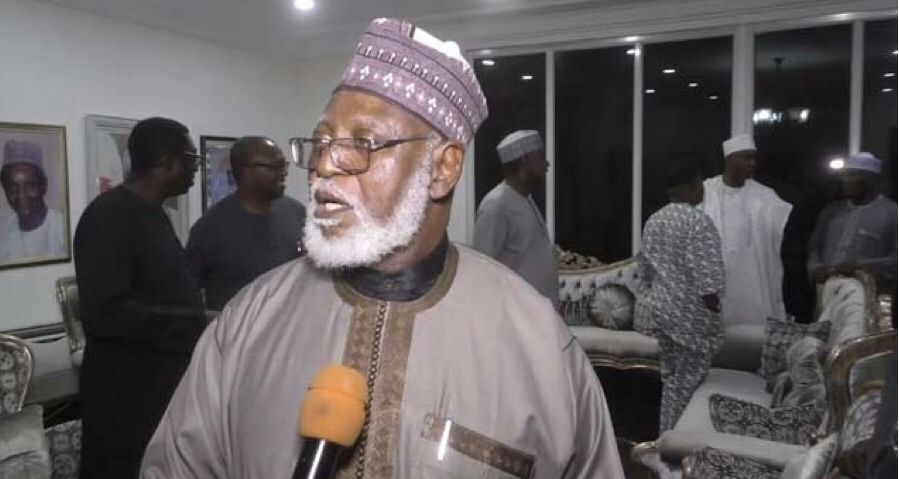 Gen. Salami said shortly after the meeting, that the mission of the committee was to douse the tension that is rising as an aftermath of the presidential elections.

I kind of think this is a move to dissuade Atiku from going to court. I don’t think it is necessary, what do you think?

Oh! It is Friday! Where will you be spending this weekend, remembering that the elections kinda limited our grooves last weekend?

Be sure to make someone smile today, wherever, whenever.