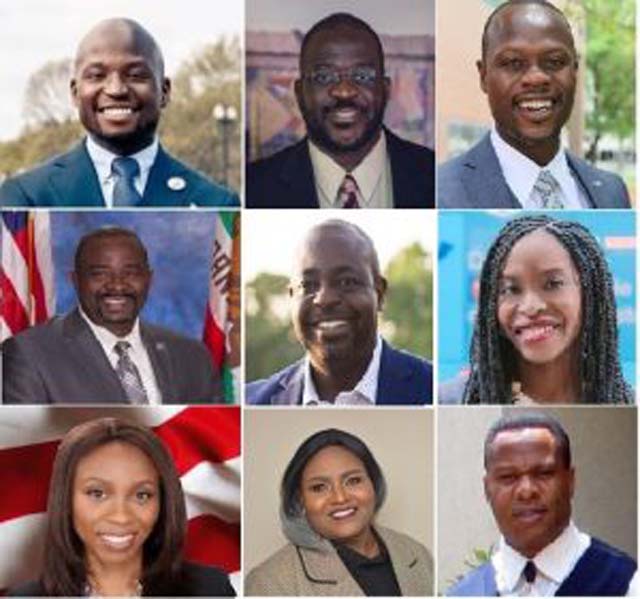 As the United States of America holds its general election on Tuesday, November 3, nine Nigerian Americans will be on the ballot.

According to the News Agency of Nigeria (NAN), they are mostly on the platform of the Democratic Party.

The report stated that the candidates are bidding for different offices at the federal, state and local levels.

Here are the Nigerians running for office:

Owolewa a Ph.D holder in Pharm*cy from the Northeastern University, Boston, is aiming for a ‘shadow’ (non-voting) seat in the House of Representatives.

He is seeking to represent the District of Columbia (DC) under the Democratic Party.

Yomi holds a doctorate in Medicine from the University of Ibadan, a Ph.D. in Health from Johns Hopkins University among others is vying as an independent candidate to represent the state of Tennessee in the U.S. Senate.

In Delaware, Kuforiji who holds a Bachelor in Accounting and a Master’s in Business Administration from the Delaware State University is aspiring to represent District 34 in the state House of Representatives.

Yinka Faleti, a US veteran who holds a Bachelor’s degree from the United States Military Academy, West Point, and a Juris Doctorate from the Washington University School of Lawis is the Democratic Party flagbearer in the election for the office of Secretary of State in Missouri

Paul Akinjo, a former vice mayor of Lathrop, California is running for election to the California State Assembly under the Democratic Party to represent District 12.

Agbaje who has a law degree from Harvard University, a Master’s from the University of Pennsylvania is seeking to represent District 59B in the Minnesota House of Representatives on the platform of the Minnesota Democratic–Farmer–Labor Party (DFLP), an affiliate of the U.S. Democratic Party.

On the ballot at the local government level are:

Ademiluyi, 39, is running on the Democratic Party’s ticket for Judge of the Seventh Circuit Court in Prince George’s County, Maryland.

For her part, Akubuike, a legal practitioner, is an independent candidate for judge of the Minnesota 2nd District Court Position 8.

Osemenam, who moved to the U.S. in 1982, is contesting for a seat in the Brooklyn Park City Council of Minnesota to represent East District.

An engineer with the Minnesota Department of Transportation, he is vying on the platform of National Party.

He is a former president of the Association of Nigerian Engineers in Minnesota.