Never judge a book by its cover, that’s what they say. I never took this to heart until the events of last Saturday. The rains had just stopped and it was still drizzling but we were hell bent on having our Saturday morning drill. It was the first break in the rain and we had stopped to catch our breath when the topic of Nigeria’s economy erupted. The bone of contention was Dangote.   The assailant, Mike, had suggested that Aliko Dangote was wealthy because the northerners were using their might in government to promote his businesses. Akin stated that that this opinion was incorrect and proceeded to enlighten us all. “Dangote’s wealth is a result of a situation you can compare to a Yoruba adage that says, “It is only the child who lifts up his arm who gets lifted.”  Aliko Dangote lifted his arms by getting his business off to a good start, and then successive governments have given him different waivers to encourage him to do better”.

Mike didn’t quite get the point and said that Akin was daft and shows a bias for northerners. Akin told him that this statement was an indication of his ignorance and that he should avoid making such assertions in public places. Before we could interfere, the bulky Mike had descended on Akin, yelling that he would never tolerate insults from a younger person of Akin’s caliber. Anyone would think that Akin would not be able to take the heat but it was a different story in the end. Akin found his balance, through two jabs and landed a left on Mike’s jaw. It took an intervention from the local water committee before Mike came round. Lanky Akin had knocked bulky Mike with only three jabs, reminding me of the biblical story of David and Goliath.

Rocking to great vibes at a concert on a Monday is possibly not the best thing to do on a ‘school night.’ But rock was what I did last Monday night. The Midem Africa forum closed in Lagos on Monday 15th April with brilliant performances by Nigerian artists at The Shrine.  Multi talented instrumentalists from the Board Members band backed up artists from different genres.  Reggae from Akin Brown, ragga by Lucy, rappers Komo and Ceeboi all had the crowd rocking.  Amazing vocal performances by Sleek, Kafayat Quadri, Martin Feels and soul diva Brenda Adigwe showcased Nigeria’s talent and confirmed why international music business market, Midem chose Lagos as one of the venues in their run up to the annual festival in Cannes, France.

I got a chance to connect with Slick P Raphani’s partner at Board Members Entertainment and we discussed their band and planned a meeting on what to do to help the music industry grow. The performances were a means of confirming that the Nigerian music industry is loaded with talents.

Same night, I ran into Niyi Owonubi, I had stayed with his family about 24 years back while studying at Ahmadu Bello University, Zaria. We caught up on old times and he showed me recent pictures of his parents and spoke about everything that went down in that beautiful city. Monday was indeed a great day for me.

Tuesday, I was down with fever, so natural herbs came to the rescue.  The world seems to be navigating towards green these days.  Some see herb taking as a little awkward but somehow, I think we need to go back to the good old days, when there were more natural medicines. Do you have reservations about local herbs, what are your thoughts? Please share in the comment box. 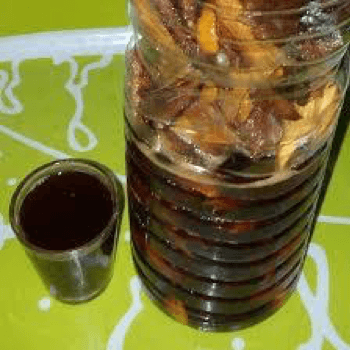 I am all set to hit the airwaves as I will be discussing the business of poetry on radio StarNaija with Dr. Ode Eyeoyibo. Do have a great day and remember to make somebody smile through your acts of kindness.