In a trilogy showdown for the WBC heavyweight title, Tyson Fury (31-0-1, 22 KOs) had to overcome two knockdowns, scored three knockdowns of his own to eventually stop Deontay Wilder (42-2-1, 41 KOs) in the eleventh round of their trilogy fight. 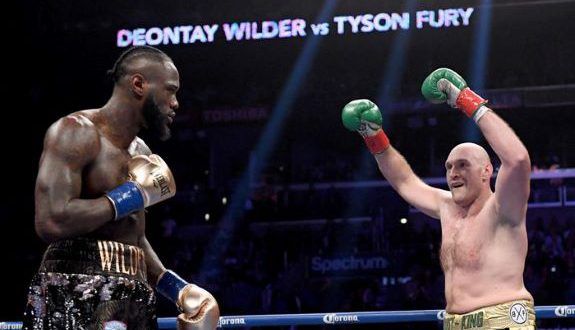 Their first meeting took place in December 2018, with the bout ending in a controversial twelve round split draw. Fury went down twice in the fight. The rematch, in February 2020, saw Fury score two knockdowns on track to stopping Wilder in seven rounds. 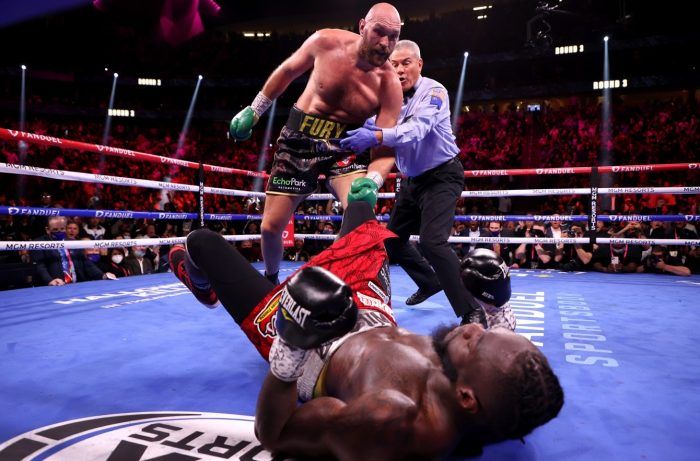 Wilder came out jabbing to Fury’s body. Fury was on the back-foot and being a bit tentative. Wilder continued to go after Fury’s body often.

Fury landed a good right hand at the end. At the start of the second, Fury was landing quick punches. Wilder continued to go to the body. Fury was hitting and holding.

Both were having moments in the third as Fury was starting to let his hands go a bit more. But then Fury landed a combination to send Wilder down. Wilder held on until the bell as Fury was trying to finish him off. In the fourth, Fury was tagging Wilder and there was a lot of holding going on. 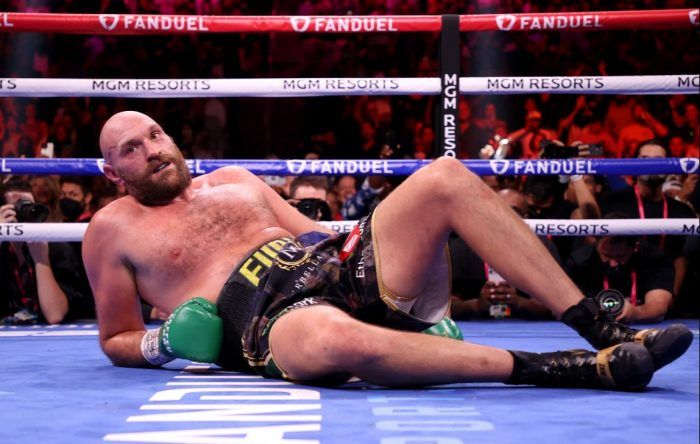 Wilder came out firing at the start of the fifth. Fury landed a good right. Wilder looked tired, but then landed a three punch combination. Fury was able to control the final minute. During the sixth, Fury was outlanding Wilder during most of the exchanges.

In the seventh, Fury rocked Wilder bad and was letting his hands go. Fury was unable to finish him as Wilder held on.

At the start of the eight, Wilder looked very tired as Fury continued to come forward throwing and landing big punches. Wilder was wobbling from Fury’s big shots. Wilder was landing back, but not enough steam on those shots.

Wilder was doing a lot of jabbing at the start of the ninth. Fury was landing the harder jabs and backing Wilder up.

Wilder made it up and was holding on to survive. And then at the end of the tenth Wilder unloaded with several punches to stun Fury. 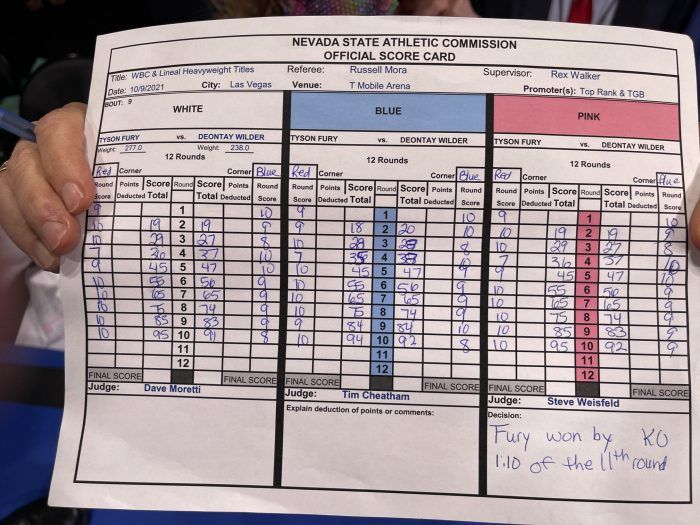 At the start of the eleventh, Wilder was rocked by several punches and then dropped with a knockout punch by Fury – which prompted an immediate stoppage.