Welcome to a brand-new week. One thing I am sure of, is that it is going to be eventful. My weekend was quite busy, from taking the kids to the barbers, to joining the men at the neighborhood bar to discuss current events in the country. We had a lot to talk about.

I hurried out of the house on Saturday morning, to beat the Apapa-Oshodi expressway traffic gridlock as my friends had warned me about how busy it could become. Plans were in place for me to produce SoTeNue, a Yoruba magazine program that discusses issues in the society, with Taiye Akinpelu and Taiwo Salami. I had finalised plans with the guests, Aunty Doyin Ogunbiyi, a three times commissioner in Ogun State and Olabimpe Ogunyemi, a media practitioner. They were to get to the studio at ten o’clock, as I had told them to previously.

The drive to Amuwo was smooth and I made it in record time, as many people were just getting ready to hit the road. Despite the ease of the journey, I was not able to make it in time for the program as I didn’t get to the studio until it had ended. Who do I blame? Myself of course. I failed to plan appropriately; I didn’t call the man I was visiting until I got to his office and, unfortunately, he did not have his phone with him so he didn’t respond until the exact time my program was going live. Luckily, Jo Bolade was waiting and prepared, in case things didn’t go as planned. He did a good job and the show went well. Failing to plan is usually planning to fail; I only got lucky in my case.

Have you ever witnessed a soldier and a police officer engage in a fight? I would have responded by saying no if I hadn’t seen it for myself. The Danfo bus I was travelling in had stopped at the Oshodi bus stop to pick more passengers and as per usual, my eyes were everywhere. Suddenly, a gunshot sound penetrated the sea of noise which is normal in the Oshodi market area. My senses busted into action immediately, trying to spot the source of the gunshot. Not long after, I spotted them. There were approximately six policemen in bulletproof vests; all trying, frantically, to hold a small man in a camouflage vest and a pair of jeans. Suddenly, one of the officers came along and slapped him hard across the face; in the same moment, the soldier retaliated with a heavier slap. I felt his pain myself and I felt very sorry for him. However, what struck me the most was how discipline seemed to find its way out of the file and rank. What are your thoughts on officers, who should be the custodian of peace in society, as the causes of disturbance? Don’t forget that one bullet, from tax payer’s money, was lost in the process.

It was early in the day, so I got a chance to hang out with my kids; Diekolola and Oladipupo at the barber’s shop. It had been three weeks since Oladipupo, Akorede and I had visited the barbers and our scalps were itching constantly in protest. Diekolola came along to show her sense of belonging but she was a handful, snatching my phone at every opportunity and snapping pictures. It took the intervention of the barber himself to rescue my phone from the little lady.

Sunday started off with a focus on the little ones, the Heritage Kiddies Fashion show began later than expected and the organizers had no choice but to linger; as guests were coming in in trickles. Well… the kids had their day as I did mine and I enjoyed watching them on the runway.

The Nigeria versus Algeria semi-final match was highly anticipated and many thought the game would be won by Nigeria; we tend to wish a lot here but you know that wishes are really not horses. Some of my friends went as far as saying we would be able to spell A-L-G-E-R-I-A with our goals but the Algerians didn’t spell N-I-G-E-R-I-A with their goals as they denied Nigeria the victory. Truth be told, they had the game from beginning till end. Do you have an idea why Nigeria lost the match? Please share your thoughts. 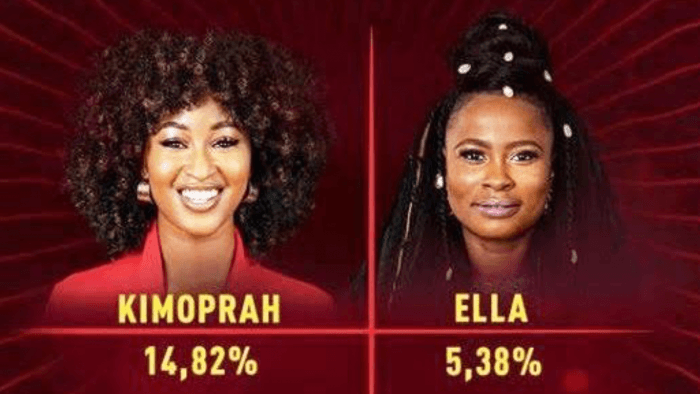 Finally, another eviction party happened in the Big Brother Naija show and we saw two housemates say goodbye to the house. Ella became the third housemate to be evicted and Kimoprah was the fourth. They both spent thirteen days in the house, Ella was hitting on Ike while Kimoprah was somewhat stuck to Jeff. During her interview with Ebuka Obi-Uchendu, Ella says her future lies in music, dance, modelling and movies. Kimoprah, on the other hand, says that she will be furthering her studies before diving into broadcasting and taking over the entertainment industry. On Sunday, July 7th 2019, Isilomo and Avala became the first and second housemates to be evicted from BBNaija in season 4. Viewers will see evictions for the next 11 weeks, before the Pepper Dem edition of Big Brother Naija comes to an end. In another twist, after an interesting and fun filled one hour ‘Memory Challenge’; Esther won and became the first female Head of the House. Some folks have suggested that the show should be taken off-air for various reasons despite being pay-per-view. Do you agree?

Till I drop my next letter, remember to make someone smile today, wherever, whenever.