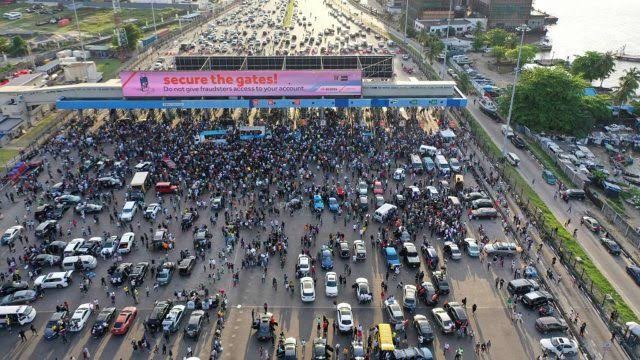 Lagos – Tens of young protesters were killed as Nigerian soldiers opened fire at the Lekki toll gate protest site in Lagos, according to witnesses accounts, as the government sought to end almost two weeks of protests against police brutality that has spiraled into a web of killings.

Eye witnesses say pickup trucks arrived at nightfall and soldiers began to fire tear gas and then bullets at the protesters almost immediately.

The Lagos state government said it would open an investigation into the shooting.

Observers have continually warned that the situation may degenerate into a blood bath if the military was unleashed on the protesting youths. With the advent of the military in the #EndSARS protest, the protests puts Nigeria in an uncertain situation.

Despite the massacre, the youths are back on the street, and there are reports that gun shots have been heard in the Yaba, Ọjọ́ and Ikorodu areas of the state.

There have been loads of condemnation on the state governor, the president of Nigeria and major politicians for allowing the military come in.