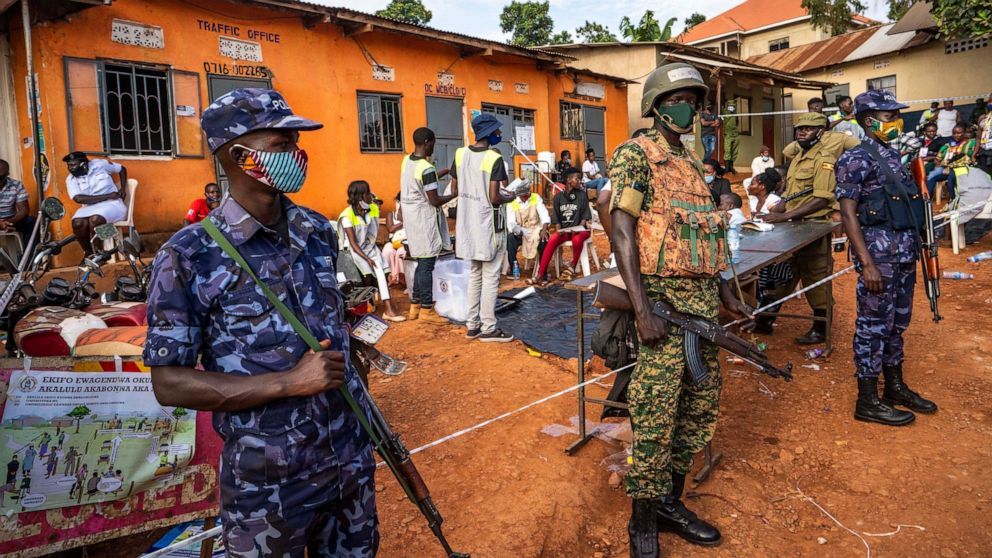 According to the Uganda Broadcasting Corporation (UBC), figures from the national tally centre show Museveni has now polled 4,047,820 votes so far in an election his main challenger described as a joke.

Robert Ssentamu (a.k.a. Bobi Wine), who is seeking to displace the incumbent, is said to be trailing behind with 1,993,236 votes.

Only 64.84 percent of the votes cast has been counted.

Ssentamu had earlier described early results giving Museveni a wide lead, as a joke and declared himself president-elect.

“We secured a comfortable victory. I am very confident that we defeated the dictator by far,” he told reporters.

“The people of Uganda voted massively for change of leadership from a dictatorship to a democratic government. But Mr. Museveni is trying to paint a picture that he is in the lead. What a joke!”

He later raised an alarm that his house is under siege after military personnel stormed his residence.

“None of these military intruders is talking to us. We are in serious trouble. We are under siege,” he wrote in a post on Twitter.

None of these military intruders is talking to us. We are in serious trouble. We are under seige.

“We are under siege. The military has jumped over the fence and has now taken control of our home,” he said in another Twitter post.

He had also alleged “widespread fraud and violence” in the election, which could see the incumbent president extend his 35-year reign.