For the first time in more than two weeks I had a relatively politics free weekend.  Relatively I said as one cannot completely run away from it. Bars and hangouts saw good numbers of guests, and there were parties being held around almost every corner.

My first official hangout happened on Friday after spending most of the day with a client. My friend called asking where I was, lamenting that drinking alone is a terrible experience. In sympathy, I finished up my meetings and drove through Opebi to Toyin Street and across Awolowo way where my lonely friend was chilling at Q4 bar. There is something intriguing about Q4 bar, it clearly has no formal seating arrangements but somehow the sea of people have a way of moving around unhindered. There are enough attendants and you didn’t wait more than a minute to have someone attend to you. The down side though, is that the music is constant noise and one has to shout to speak and be heard. I think open bars should keep music at low volumes.

Saturday took me down the food sustainability lane and it was farmers’ meeting day in Ikorodu. The planting season is here and the need to deliberate on what would be most profitable crop was to be discussed. I took a quick tour of our mini farm within the town and the progress out there got me re-invigorated. The mushroom farm alone reaffirmed my belief that eliminating hunger and poverty in the world is an achievable dream.

Unfortunately, I spent too much time on the farm and couldn’t make it early enough to get to see HearWordPidgin. HearWordPidgin is a stage play series created for the advocacy gender inequality and transformation or so I think.

What I missed on Saturday, however, was made up for as on Sunday as I watched the HearWordPidgin twice the same day!  The narratives were so on point that I could watch it over and over again and never get tired.

It was a rare opportunity to meet some of the most creative minds in the industry, Ngozi Nwosu, Ugo, Chioma Okafor, Temitope Aje, and a bunch of others. It was also an opportunity to connect with old friends; Precious Eze, Chisom and Gloria Ohuaka, Femi Odukoya, and a few new ones Temitope Odebode, and Gift from BBC. HearWordPidgin has awakened me to stage plays. I am on the lookout for the next one. 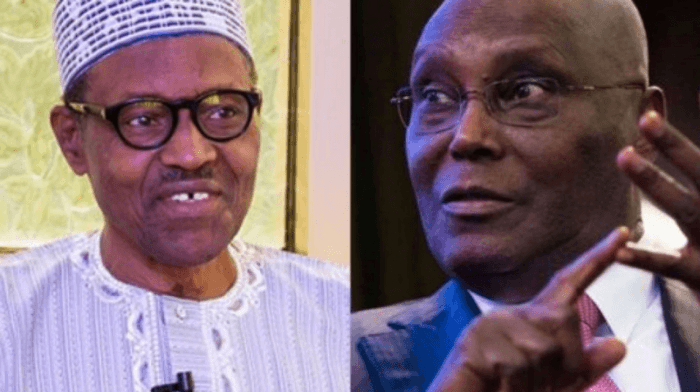 Back to politics, “go to court”, “I will go to court”, “going to court is good for democracy”, “accept your fate”, “demand”, those were the statements that hung in the air over the last weekend. PDP presidential candidate, Abubakar Atiku insists on going to court after rumors of an unusual demand passed through the National Peace Committee was said to have met deaf ears on President Muhammadu Buhari. At the top of the demands was to unfreeze bank accounts of top politicians. (Why were these accounts frozen in the first place?). Another demand was the demilitarization of subsequent polls. (Sounds good!).

He (Atiku) also wants INEC to open all its backend servers to all participating parties. (Why would they need that I wonder?)

There were a couple other demands but I see no big deal about them.  A bunch of lawyers should be smiling all the way to their banks soon.

Preparations are now in full swing as Nigerians are set to go to the polls on Saturday 9th March for the Governorship and State House of Assembly elections. As you go to the polls, remember to stick with your conscience and avoid trouble.

Make someone smile today, whenever, wherever.