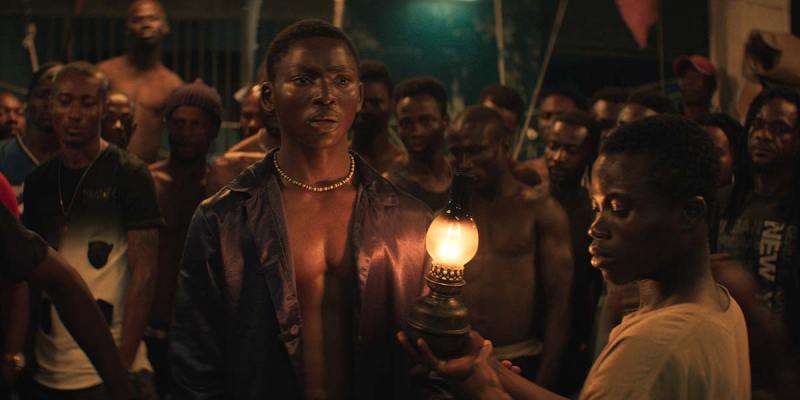 The French-Ivorian director Philippe Lacôte is back with his second film, The Night of Kings.

It tells the story of Roman, a young member of the violent “microbes” gang, who is imprisoned in Abidjan’s famous La Maca jail.

Forced by the gang leader, Blackbeard, to tell inmates stories, he picks the tale of the Zama King, an outlaw who travels through Ivory Coast in space and time.

“Zama is a real character, he is a gang leader who existed in Abidjan who was lynched, who committed many crimes, who was the leader of the microbes,” Lacôte said.

“The microbes are the gangs of 8 to 18 year olds who stir up violence in the working-class neighborhoods of Abidjan, who attack with machetes and knives. In fact it is shown in the film and it is a reality. Today, they are used by the authorities as a militia to subdue the opposition.”

The director wanted to paint a picture of Ivory Coast, a country that remains deeply embedded into tradition.

Each character was designed to represent the current Ivorian society.

La Maca prison is a familiar environment for Lacôte, whose mother was jailed there as a political prisoner.

“What interests me is always to show this youth that is a bit caught in a political vice,” explains Lacôte. “Since Houphouët-Boigny, Ivory Coast is a country that is ‘over-politicized’ with wars of succession similar to the one in the MACA, which never stops.”

Built like a thriller, The Night of Kings combines sharp realism and spectacular special effects to create a world on the edge of chaos.

The film is screening off competition at the 77th edition of the Venice film festival, the first big cinema event since the start of the COVID-19 pandemic.