Government of Uganda drop charges against Omah Lay and Tems

Government of Uganda drop charges against Omah Lay and Tems. 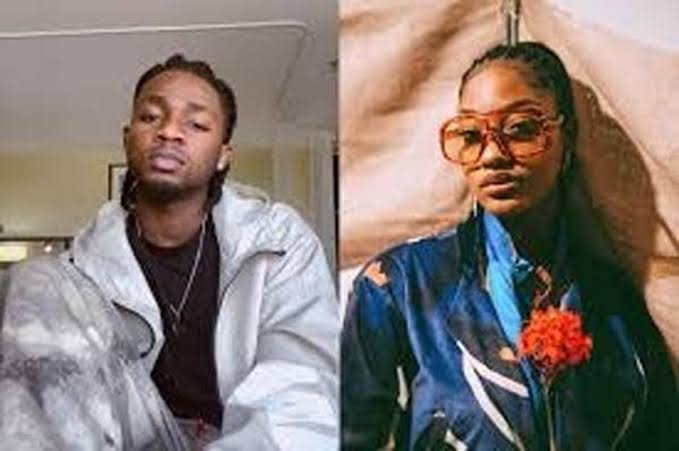 A Release Order dated December 15, said the charges against both artists had been withdrawn and therefore, they should be released forthwith “unless held on other charges”.

See the Release Order Below. 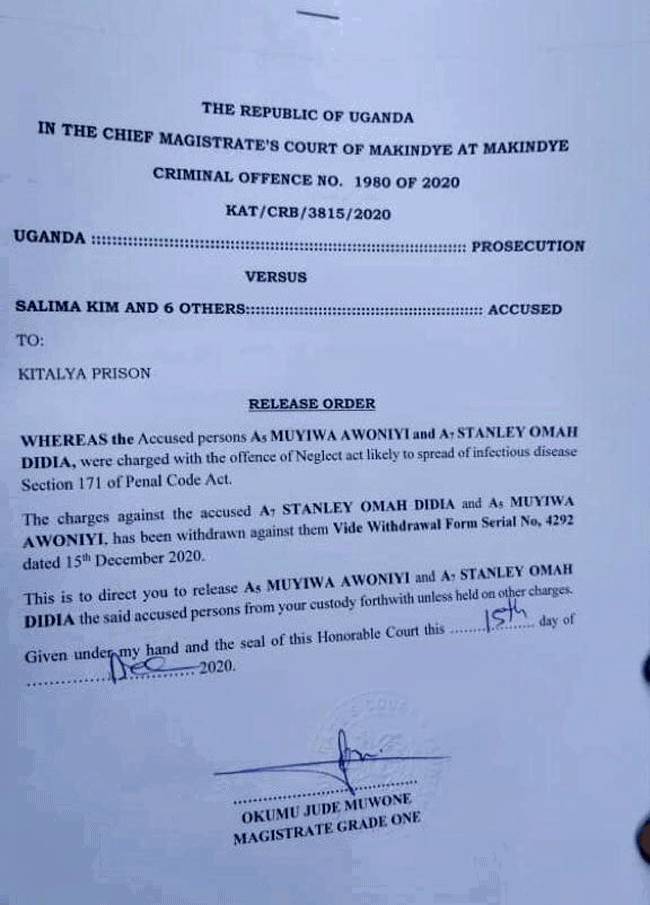 The fast-rising stars were arrested on Monday after performing at a show and flouting COVID-19 guidelines.

Thereafter, they were arraigned at a court in Kampala, Uganda’s capital city.

A tweet by the Ugandan Police Force had said they will remain in custody till Wednesday, December 16.

Their arrest was met with outrage, especially on social media, by many fans and Nigerians, who demanded their immediate release.

The situation was also a subject of debate as many believe it was beyond flouting the country’s COVID-19 guidelines – quickly sparking the hashtags #FreeTems, #FreeOmahLay.

Their release came shortly after the Minister of Foreign Affairs, Geoffery Onyeama, said the Nigerian government was engaging the Ugandan Authorities at the highest level to ensure their release.

The Chairman, Nigerians in Diaspora Commission (NIDCOM), Abike Dabiri- Erewa, had also, earlier in the day, assured Nigerians that all was being done to secure their release after she met with two members of both artistes’ record labels.

“I received Marshall and Valentine, working with @Omah_Lay and Tem’s record label. The good news is that they will soon be back,” she tweeted.