Cardin’s family confirmed his demise to AFP news agency on Tuesday, saying he died in hospital in Neuilly, near Paris.

“It is a day of great sadness for all our family. Pierre Cardin is no more,” they said in a statement. 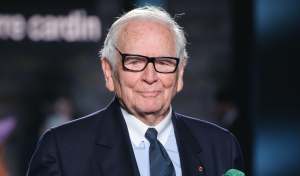 “We are all proud of his tenacious ambition and the daring he has shown throughout his life.”

Cardin was credited with helping revolutionise fashion with his futuristic and stylish designs in the 1950s and 60s.

He was also a pioneer in business, licensing his name to be used on a range of products such as sunglasses.