Francis Ngannou is out of the UFC! 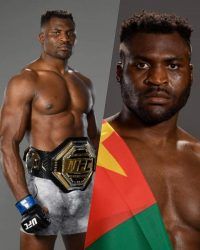 Francis Ngannou is out of the UFC!

The Cameroonian rejected a new contract that would have seen him become the highest paid heavyweight in the history of the UFC company, UFC boss Dana White announced.

UFC has now released Ngannou and also stripped him of his World Heavyweight title.

The rift between ‘The Predator’ and UFC started sometime ago. The fighter has always criticised the promotion for not giving appropriate paychecks to fighters. It appears both parties finally could not reach an agreement and so they part ways.

WHAT DOES THIS IMPLY?

Ngannou is currently a free agent and so can sign with any company, organisation or promotion of his choice. UFC is just one out of many organisations. PFL (Professional Fighters League) is a possible destination, among others. PFL recently signed top fighters like Jake Paul. PFL could also give Ngannou the possibility of boxing with Tyson Fury who has been longing for the opportunity. Both men could break some pay-per-view records.

Meantime, Ciryl Gané and Jon Jones will clash this March for the UFC World Heavyweight title left behind by Ngannou.