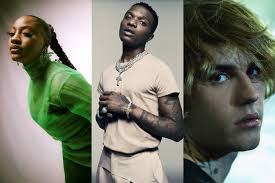 ‘Essence’, Wizkid’s hit song with Tems, has made it into the top 10 of the Billboard Hot 100 chart.

In July, ‘Essence’ became the first Nigerian song to crack the highly coveted music chart and the third in Africa.

After four weeks, ‘Essence’ would record another leap, climbing by 23 spots on the Hot 100 to hit 59th place.
In a surprise move, Wizkid then released a remix to the global hit, featuring Justin Bieber, the Canadian pop star.

The sales for the initial single were subsequently merged with those of the remix, seeing them chart as one song.

‘Essence’ subsequently rose to 16th place from 44, after spending two months on the chart.

The critically acclaimed hit song has now risen to 10th place on the hot 100 chart.