Can an election truly be won on social media? 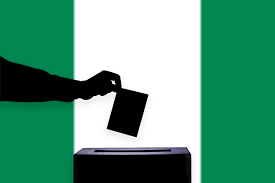 Trust you are having a great summer time and for those in Africa, how are the rains or what is the weather conditions at your ends?

Some have said it is the season of transfers in Nigeria and shifting position in other climes.

Britain sacked her Prime Minister, the man at the helms of affairs in Sri Lanka was chased out of office, elections in some places, Italy’s Prime Minister also resigned amid crisis; we hardly see that in Africa (sic).

The political season in Nigeria is coming to a peak, we are yet to recover from the dramas that characterized the primaries across political parties.

The All Progressives Congress (APC), Peoples Democratic Party and the Labour Party seem to be the only trio drumming for the masses.

I was forced to ask the other day if the other parties have merged with these trio. A respondent said “they are sleeping”. I think this is no time to sleep sha.

The presidential candidate of the Labour party, Mr. Peter Obi seems to be be getting the loudest ovation across media platforms, especially social media.

A recent publication noted that Peter Obi is the most popular Nigerian at the moment.

The PDP presidential candidate, Alhaji Abubakar Atiku insinuated that Mr. Peter Obi’s chances are slim and he cannot deprive the PDP of the votes from South East Nigeria. What do you think?

I know the power of media has helped brands sell like wildfire all over the world, but to win elections remain to be proven.

Do you know Funke Akindele of Jennifer’s Diary fame? With millions of followers across social media platforms and TV audiences across Nigeria and the world; she has joined the race as deputy governorship candidates of the major opposition party, PDP in Lagos State.

Pundits say she stands very little chance, she hinted that her popularity both on the silver screen and social media will see her coast home to victory. We can only wait.

Bankole Wellington aka Banky W is another candidate to look out for, he is not new to the game, he returns to battle for the House Representative ticket to represent Eti-Osa local government at the federal level.

The party goes on with the victory of Senator Ademola Adeleke aka dancing senator as he defeated incumbent governor of Osun state, Mr. Gboyega Oyetola.

Rumors have it that it was a case of house not in order. I can’t assure that the 2023 election year in Nigeria is going to be one like no other.

Again, I ask; can an election be won via social media?

Remember to make somebody smile today, through your acts of kindness.