There is always reward for diligence and hard work, this  is a confirmation as Benjamz, one of the Nigerian producers, who worked on Burna Boy’s Grammy-nominated album, ‘African Giant,’ has received a certificate of recognition from The Recording Academy.

Benjamz shared the good news with millions of his fans on his Instagram. His certificate of recognition was for his effort on the album, which was nominated for ‘Best World Music Album’ at the 62nd Grammy ceremony in 2019. 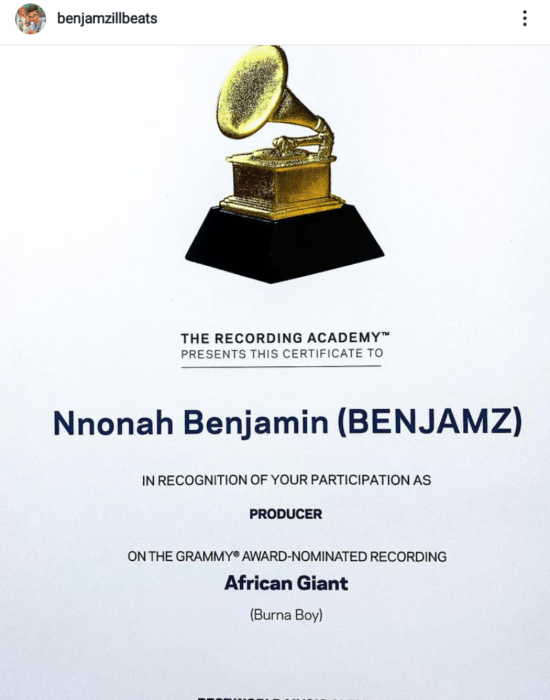 BenJamz said, “From the corner of my room in Enugu to Lagos to the World. I am delighted to have this recognition from the Grammy awards. Even though we didn’t win. I feel like a winner. I believe this is a win for Afrobeats because that’s the goal. To take Afro beats to the highest places in the world.”

Benjamz further said, “We already have the attention of the world. So whatever you do now. You have to do your best. The world is watching.

The world is listening. They want to hear. So we must be top-notch.”