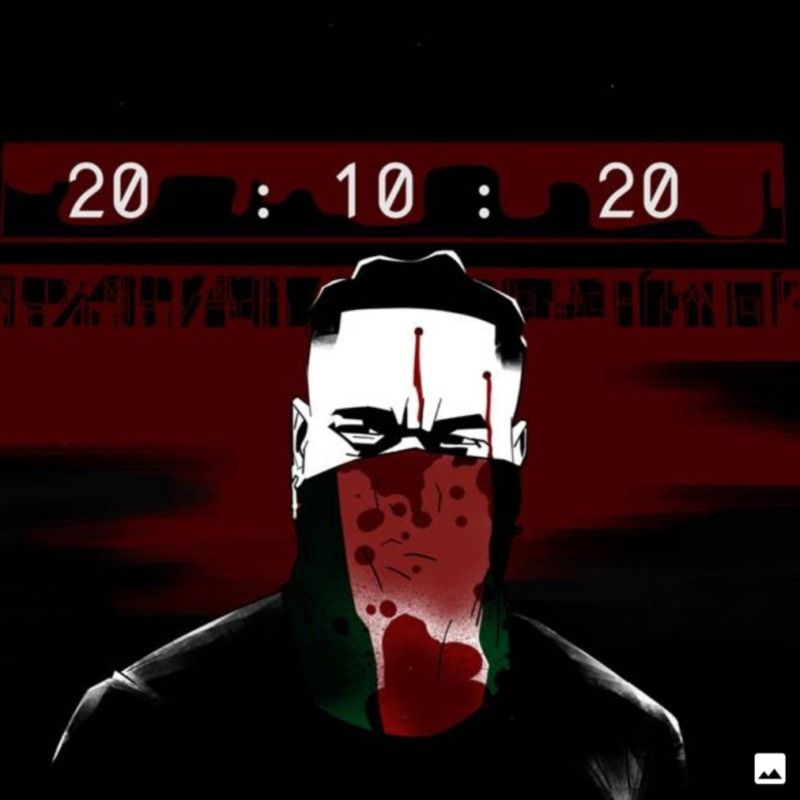 Burna Boy’s super vocals dropped with emotion and rage as he vented against the violence and demands justice for the victims.

“Water runaway my eye/Nothing wey you go talk wey go justify the case of their murder,” he sings.

The track closes with an interlace of audio recorded during the massacre blended with the production elements.

The Lekki massacre took place on 20/10/2020 after weeks of peaceful protests against police brutality and the Special Anti-Robery Squad (SARS), that has been accused of abusing, torturing, and killing young people according to reports.

A group of protesters had converged at the Lekki tollgate in Lagos, and shortly after a curfew was imposed by the Lagos State Government on 20th October, as demonstrators reportedly sang the Nigerian national anthem, shots were fired into the crowd. At least 10 people were killed, according to Amnesty International.

Burna Boy said in a statement, “The proceeds of this song will be used to support families of victims and people suffering affliction as a result of the Lekki shootings. May the heavens open and celebrate all our fallen heroes who have died for this movement from the very beginning. Rest in peace to all the beautiful lives lost.”