My weekend was fun filled, no doubt but for some reason, only parts of the groove will reflect here. Please don’t ask for details.

Saturday started on a quiet note, I had spent Friday night at a pub and too much energy was expended. The cocktails were beyond my capacity. It wasn’t too different on Saturday as I hooked up with Great Matthew in the company of his friends Kunle, Ehi, Wanda Cole and Bobby at Q4, a popular pub in Ikeja, Lagos.

The quartet had invited me to join them at a friend’s mum’s birthday celebration, but I couldn’t make it to the gig and we played catch up at Q4; Q4 presented multiples of such. It was a sitting of four guys and two delectable ladies.

As usual, we ordered our drinks and demanded for plates of “asun”, pieces of goat meat chopped in bits and spiced up as if deliberately to punish your tongue. As we struggled through the plates of “asun”, I saw them roll two plates of roasted fish in, Catfish and Croaker fish to be precise, supported with pieces of potato chips and cut cucumber. A plate went to the ladies while the other was kept close to the boys. We went to work immediately, leaving the “asun” for later consumption. Everything went on smoothly, all was well until the ladies got to the Croaker fish and the war of tongues began. The ladies could no longer continue on the task of de-fleshing the fish. It was a chance to get a bite of the inviting Croaker fish and in no time, the boys devoured the Croaker fish down to the bones. Was it spicy? Nah! Not in my books.

The reaction of the ladies was that we should not pay for the Crocker fish but we waived the thought aside and that left me thinking; do bars actually make the fish and meat they offer spicy to make you consume more liquor as some people believe? Please leave me an answer below; I really want to know what you think.

The Big Brother Naija show has brought about a spike in TV viewership in Nigeria since the beginning of the season. Entering its second week, the house has been rife with intrigues and scheming as housemates warm themselves up to the delight of viewers. Typical of the show, housemates will be subject to eviction at different times till the end of the ninety-two days show.

The housemates up for possible eviction on the Big Brother Naija ‘Pepper Dem Gang’ show were nominated on Monday.

Frodd, however, due to the veto power card he won earlier in the game, had the power to save himself and replace with another housemate of his choice.

So he saved himself and put Mercy up for possible eviction.

See how the housemates voted on Monday. 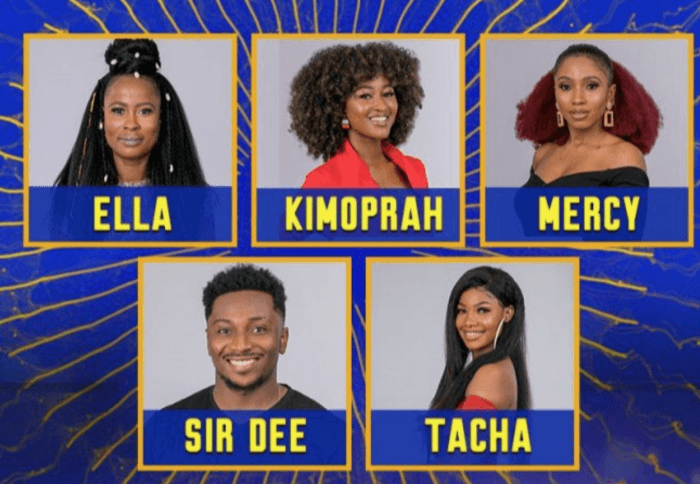 The show has also increase conversations among Nigerians across all social media platforms. Expect more updates from me in the coming days.

Did you by any chance get a hint of the national date going on in Nigeria lately? If not; take a moment to go check what Nigerians are saying about #RUGASettlements. I will let you in on my thoughts in my next letter.

Remember to make someone smile today, either by sharing a lovely smile with them or simply carrying out an act of kindness.