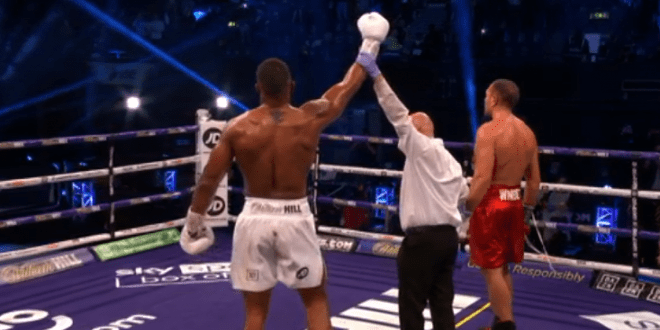 Anthony Joshua claimed a stunning knockout win over Kubrat Pulev at Wembley Arena on Sunday to retain his heavyweight titles.

Britain’s world champion put on a show in London against the experienced Bulgarian to set up his clash with Tyson Fury in 2021.

Anthony Joshua KNOCKED OUT Kubrat Pulev in the ninth round.

After Pulev answered the first knockdown, Joshua then threw a single, nasty shot Pulev’s way and put him to bed for good.

And the tough Bulgarian STILL tried getting up! But this time there was no way back.

The champion floored his Bulgarian challenger four times in a dramatic and entertaining contest, which will hopefully set up an undisputed fight between AJ and Tyson Fury next year.