A former Governor of Oyo State, Abiola Ajimobi, has lost the battle to Covid-19. 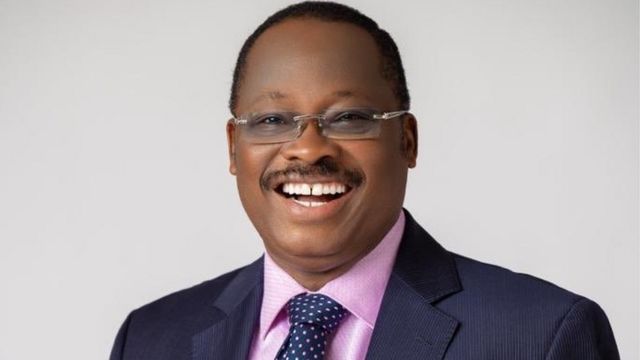 It was gathered that the former acting National Chairman of the All Progressives Congress died at the First Cardiology Hospital, Lagos, after battling the COVID-19 pandemic.

He was reported to have been on life support before giving up the ghost on Thursday.

President Muhammadu Buhari offered condolences to the government and people of Oyo State.

In a statement by his Special Adviser on Media and Publicity, Femi Adesina, the President noted that Ajimobi’s contributions to the development of the state and the nation would be remembered.

The statement read, “The President commiserates with the family of the former governor, who served the country as a Senator, 2003, before winning the governorship election in 2011, remaining steadfast and consistent in his progressive views, and working assiduously for the creation of the All Progressives Congress.

“As the party chieftain bows out, President Buhari believes he left the world at a crucial moment when the party and the country needed his counsel to heal and grow, noting that his absence will be sorely felt by all associates, particularly in the APC.”

The National Leader of the All Progressives Congress, Senator Bola Tinubu, described the deceased as the best and most productive governor in the history of Oyo State.

Tinubu said with the departure of Ajimobi, Nigeria had lost an outstanding statesman and one of its most able politicians.

“The pain we feel at his passing is beyond what words can describe. This good and excellent man has left us, but his energy, activism and commitment to Nigeria and its people shall always be with us.

“Ajimobi was my friend and brother. He was honest and forthright. He had the interest of the people at heart. We shared a common progressive vision for our country and how to bring prosperity, justice and hope to its people. I had hoped that we could achieve more together but the ultimate wisdom and all our fates rest in the hands of Almighty Allah who knows best,” he added.

The APC leader described Ajimobi as a loving husband and a father.

The Oyo State Governor, Seyi Makinde, had directed in a series of tweets that the flags fly at half-mast on Friday to honour the death of his predecessor.

He prayed that God would grant his family the fortitude to bear the loss.

“Surely, he will be remembered for leaving a blueprint for some of the activities that our administration is now undertaking.

“The Oyo State Government will be extending to his family, all the courtesies deserving of his personage,” he wrote.

The Governor of Lagos State, Mr Babajide Sanwo-Olu, expressed sadness over the death of the former governor.

Sanwo-Olu, in a statement by his Chief Press Secretary, Mr. Gboyega Akosile, said his death despite efforts to stabilize him when he took ill, had opened a deep sore in the hearts of Nigerians.

He said, “Senator Ajimobi was more than a politician; he was a man of many parts, whose managerial skills and experience are required at this critical period in our national life.”

“Senator Ajimobi was a distinguished Nigerian, who bestrode the economic and political space of the country like a colossus. He made his mark in the corporate world before venturing into politics.”