I was caught up in a transaction that went awry and the police got involved. Being the middle man, I had to make the suspect available and cooperated with the police in making it happen.

Location was Marina, Lagos and due to the repair works on the Third Mainland bridge; I had to leave early to beat the traffic. So I got to Marina a little too early. I decided to loaf around and watch life in this busy part of Lagos.

Due to Covid-19 protocols, most of the shops were not open thus reducing the human traffic. I walked the half length of Marina and branched off towards Broad street where the popular CSS bookshop stood.

I picked up two Yoruba books and wondered around for a while, seeing there was still plenty of time; I went out of the store and stood by the side of the road to enjoy some drama.

It was an interjection point with many distractions and many times commuters would jump the red light right into the hands of the traffic law enforcement officers, they would argue some and later resolve the matter; people say they let the offenders off after some money must have exchanged hands.

The a few merchants who displayed their wares by the road side against the orders of the state. They have their eyes wide open all the time, looking to spot the truck of the CBD officials who usually raids such illegal stalls.

This particular one, had his shoes displayed a few yards away from the Oando filling station and being lost in haggling with a prospect; he didn’t see the men of the law arrive. He cried and pleaded as the men of the CBD task force took his wares. Typical of Lagos, the people said it was a move to extort money; even when the spot became sane looking as soon as they had finished evacuating the wares.

The arrest was made, easy cheezy, and off we went to State Criminal Investigation Department (SCID), Panti. At SCID, you don’t have the privilege of entering the facility with your phones; you deposit them at the reception and proceed with whatever business that brought you there.

The officers appeared simple in their approach at first but lost their cool whenever the suspect started playing smart. Overall, I must say that they are good at what they do.

The grill took hours and at around 8:15PM we rounded off, we got to the bus station, the complainant and I, after a long walk to find that the station was nearly empty. We boarded the available one and we left the park with less than half the number of passengers, clearly with thoughts of picking more along the way.

If you have lived in Lagos and go on public buses a lot, you would have come across this type; 18 sitter in most cases with windows gone or without control.

The bus eventually got to capacity, with market women from Ketu and a few gentlemen who were returning from Lagos Island; it was indeed a mix of classes. 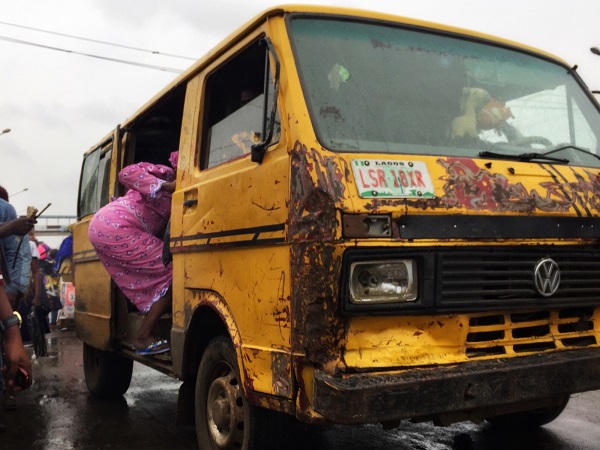 We soon fused into one when a particular lady chose to fight for her right to free fresh air. The glass at her end was difficult to open and she called the attention of the driver and the bus conductor. The told her to use the knob but got enraged when the glass didn’t yield and resorted to verbal war with the due of driver and conductor.

For each passenger that chastised her choice of language or approach, she picked a fight until the driver gave in and help with the window.

Soon after, it was politics and all sorts of opinions started flying, music followed and finally relationship banters of the weirdest sort followed. At the peak of it all I got to my stop and reluctantly bade my co-travelers farewell.

It was an exhaustive day but with the jolly mad bus ride, I closed the day on a lighter note. In the midst of all the chaos, a major observation was that less than 15% of us observed the Covid-19 protocols.

Please note that Covid-19 is still very much around, so I implore you to please protect yourself.