I hope your weekend was great. Friday was ushered in with a few light showers which eventually became a very heavy downpour.

Tailors have a way of holding you to ransom, more so when you have been reluctant to pay for their services.

The plan had been to set out at ten o’clock on Friday morning but the tailors had their day, I didn’t receive my clothes until twelve noon. Do you have any idea how this feels?   Have you ever been disappointed by your tailor? Please share your experience in the comment box.

I arrived home to the vicious glare of Mrs. Ilupeju, who had incorrectly concluded that I didn’t want to attend the event. She gave me a little drama, but the fact that my son, Akhram had been in my company through it all at the tailors lessened her anger.   But as typical of many women who want so badly to go and support her fellow sisters, she was mad at me.

Odunayo Popoola’s mum had passed on peacefully in her sleep.  She had kindly hosted my kids during the last school vacation several weeks prior. The children had given us stories about how well she had taken care of them.   Sadly, I still haven’t been able to bring myself to tell them that she had passed.

We set out finally, only to run into heavy traffic on the highway, making us late and we unfortunately missed the church service. As we slowly drove along, it was like a day catching up with friends along the highway.  We encountered Lanre Bolarin, my friend from the Government College Ibadan days. Then one kilometer further on, was another friend Emeka Chukwuma waiting by the roadside to pick up a cab. We’d not seen each other for more than two years, but there was no mistaking his happy and ever smiling face. We pulled over and luckily for him we were headed in the direction of his office. 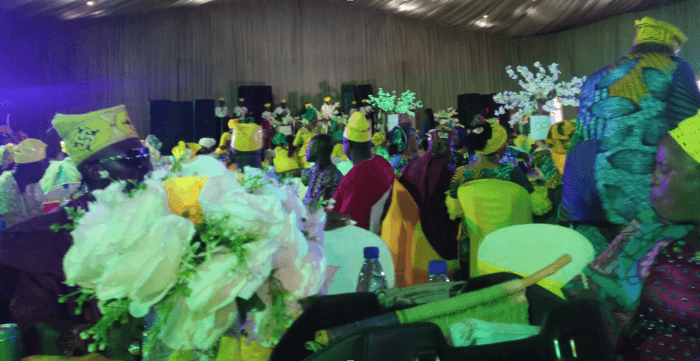 We arrived at the event venue to the warm embrace of Honorable Adeshina Popoola, Odunayo’s husband. Odunayo was yet to arrive from the cemetery at this time. It was a sort of homecoming for Folasade, my wife, as the hall was filled with her childhood friends. It took her forever to join me on special table reserved for us and a few politicians.   Her friends came to say hello and thanked me profusely for being such a wonderful hubby. As usual, the caterers came and I requested amala and ewedu.

Folasade brought Bidemi Apelogun, that pretty lady I met the last time I saw Odunayo’s mum, to keep me company while she attended to her long, lost friends. To ensure a steady run of drinks she called for another as soon as my glass was approaching empty. As commonly practiced in some parts of Nigeria, Odunayo and her husband were invited to the stage to dance. As one who is not given to dancing nor spraying money at parties, I remained on my seat as my wife went ahead to dance with the celebrant.

You needed to see the dance steps and the amount of cash that was sprayed.   My head was spinning around the enormous amount of cash that must gone down on that stage. There was a strange woman there too who was helping herself to some of the monies that fell a little further from the main dancing spot. My wife got hold of her and demanded her identity.  She was eventually handed over to security. Can you blame the poor woman really?  She saw an opportunity and took it. We left around five o’clock as it looked like the party wasn’t going to end soon.

Saturday morning, I called my friend Kenny Olufokunbi to get ready for us to hit the road for an out of state wedding. We had planned to travel to Ejigbo, Osun State together to honor our friend Ahmed Adewole as he is joined with his partner in holy matrimony. Take off time was 7AM but for some reason, take off didn’t happen till past 8AM. This was going to be an exciting trip, judging by the combination of characters involved. Oroki the ever lively political friend of mine, Oga tailor, Sefiu (the guy who reconnected my power supply when I was disconnected) were also going on this journey.

The morning started with us drinking local concoctions to get us ready for the trip, along the way some ordered rice but I chose not to break my fast yet. When we got to Ibadan, the pangs of hunger fell upon me but luck was not on my side as the vendors were not yet out. We journeyed through Ibadan, escaping an accident as a result of a reckless driver. Our driver showed though, that you don’t mess with folks from Lagos. Just before we got to Iwo town, we saw a palm wine bar, made from raw wood and palm fronds, and decided to take a quick stopover. We had the freshest palm wine I have tasted in a very long time.  They told us also that they have bush meat. I was a little disappointed when I discovered it was in a stew instead the usual roasted or fried one. We drank and ate and continued on our journey. The journey took longer than anticipated because most of the roads were riddled with pot-holes. 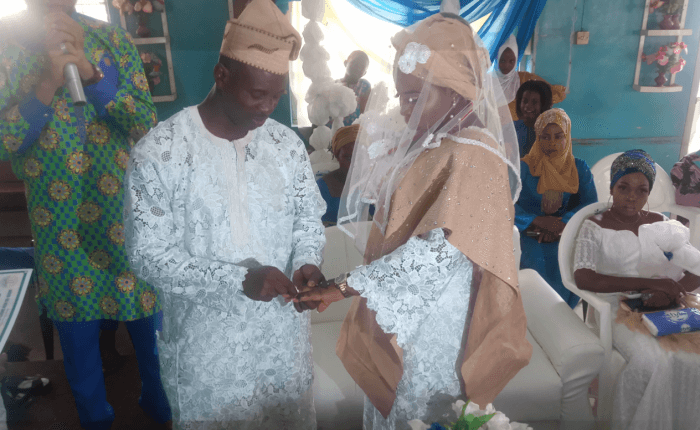 We arrived at Ejigbo, obviously behind schedule and could not get seats within the hall. Now, something unusual happened to us, we had just arrived from a long journey and were kind of exhausted. We needed water to drink and maybe food.   Kenny took up the challenge of getting these refreshments but he got the shock of his life instead. The people in charge of the food and drink asked where he came from,  and then refused to serve him when he told them he was from the groom’s side. We took off quickly to take care of ourselves and then returned to the anger of our friend the groom. Really, why do people discriminate and deny people food at events, only for them to throw the food away at the end of the day? 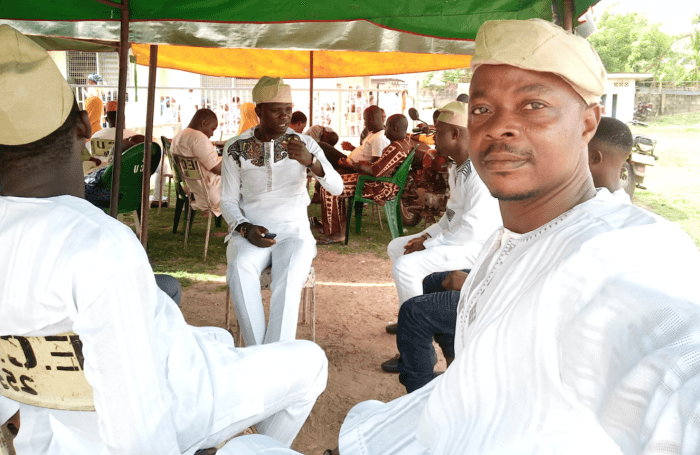 There was an old man, a chief in his right who had been assigned to cater for the chiefs who were representing the Kabiesi. He must have been enemies with Oroki in his past lifetime, no sooner had he come to tell us he’ll need part of the space we were occupying then Oroki took him on word for word.   If we’d had anything to drink, I would have said Oroki was under the influence of alcohol. When things seemed like they were going to get messy, I intervened and the chief called him an unruly youth. However, he became our friend afterwards by showing his love in bringing us a supply of fried beef that made us benevolent to other guests too. We left the party for our own after-party where we made merry till the early hours of Sunday morning. 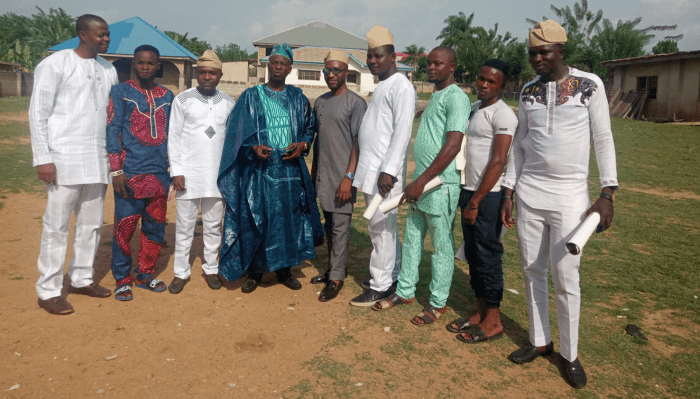 The journey back to Lagos was smooth, and here I am starting off another week on a happy note.

Remember to do some act of kindness today, wherever, whenever.