Ibadan in a hurry

It was a great week for me this past week. I burnt a lot of calories thanks to the hot blazing sun out here. Someone said that the technicians in charge of maintaining the air conditioner in heaven had mistakenly opened the gates of hell to let out some heat and it happened when hell was directly above my country Nigeria. You’d be tempted to believe that, especially if your air conditioner suffers a similar fate.

When two adults engage openly in a fisticuff over ₦100 (one hundred naira), you know there is definitely big trouble in little Ibadan. A digital marketing guru friend had invited me for a tour of Ibadan city to experience Amala and to re-invigorate myself with the world renowned jedi herbs from the ancient city. As I stepped out of my car, the shredding sound of the age-worn babanriga apparel of a middle age man drew my attention.  I couldn’t help but watch these old folks carry on a show of shame, so I waded in before any more harm could be done. After much effort they stopped, and told us why they were at each other’s throats It was heart-wrenching to discover that they were fighting over one hundred naira. To make room for peace, Daniel Malik offered them two hundred naira each and we bounced. 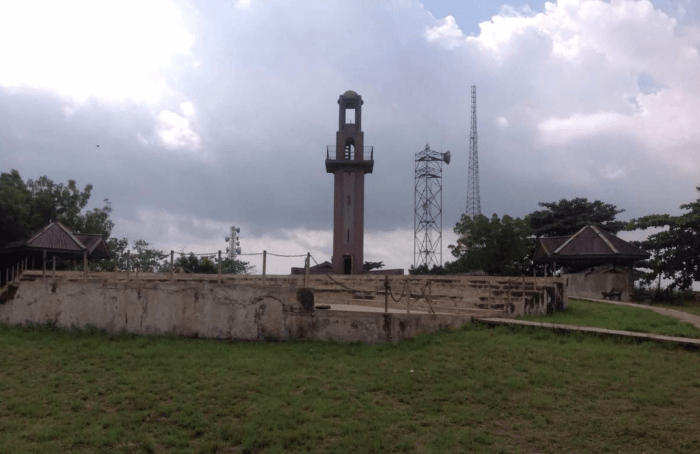 Of the many tourist attractions in Ibadan, I could only stop at three places. Bower’s Memorial Tower (Oke Layipo), built in 1930 offers visitors an opportunity to see the four corners of the ancient city. With the expansion of the city though, the view is now limited but it offers a breath-taking view. Anyone who manages to get to the top of the tower will conveniently catch glimpses of Premier Hotel, University College Hospital (UCH), Mapo Hall, Cocoa House, Beere, Mo­kola, Lekan Salami Sports Complex, Cultural Centre, Dugbe, Oje, Yemetu, just to name a few sites. 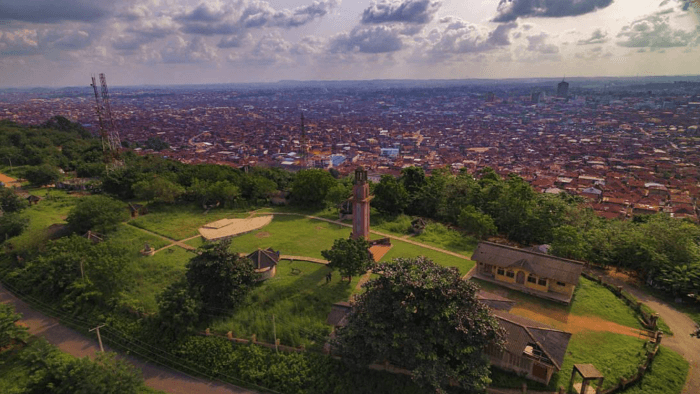 We drove down to Oke-Are and headed to Mapo hall.  The top of Mapo hill is believed to be the very center of Ibadan city.   This colonial style city hall interestingly, is said to be the result of communal efforts or direct labour as many would say. Mapo hall remains a symbol of authority and served as a convergent point to towns in the old Western region as an administrative center.

My last point of call was Pete’s Bar, which is a source of life in the old Trans Amusement Park in Ibadan. The experience was quite short and all I could do was devour a bowl of pepper soup and wash it down with a stout. Sadly, the bar was just getting lively, but it was late and I had to return to Lagos to prepare for a seminar the following morning.

Easter Monday, I dropped by the studio to observe a session discussing  drug and substance abuse. Drug abuse is becoming rampant these days, and it seems like the authorities don’t have a hold of getting it under control anymore. If you get a chance to chair our anti-drugs agency, what would you do? I left the studio, still thinking of how we could be of help.

Finally,  a little behind schedule I made it to the Bookpreneur seminar. We had been invited to come and learn how to become an instant author. It was a great experience and eye opener for me. An author spoke about her books and the opportunities they had brought her way, the story of Francis and Temitope Adeshina was also very inspiring. The couple had simply left all else to start writing books that will encourage kids to read. Their journey has taken them to the presidency and some of the world’s media superstars like Oprah Winfrey, Ellen Degeneres and so on. John Bede-Anthonio of First African Coconut chaired the event; he was in the company of his friend Bolade Agbola, author of the bestselling book “Agriculture Financing”. I decided there and then that I was going to write my own book and it is titled already.   It shall be titled “How to Survive a Job Loss”, are you liking it already?

Remember to make somebody smile today and enjoy the rest of the week.