It was a great weekend as I hooked up with a few friends to catch up on old times. Despite the impediments instituted by the reconstruction works on major roads in Lagos and environs, we beat the odds to catch up. However, this week started off with some positive vibes; from the President’s address at the UN General Assembly to Gov. El-Rufai son’s enrolment in a public school and so many other good stories.

Bear in mind that I won’t be touching on all the gist here but I’ll make it as exciting as possible. So, the gist is everywhere that Gov. el-Rufai enrolled his 6 year old son in a public primary school in Kaduna. Pundits have gone to market with all sorts of story and balderdash giving different opinions. The six year old Abubakar Al-Siddique was enrolled at Kaduna Capital School. El-Rufai disclosed this on his Twitter handle on Monday, adding that the move was in fulfilment of a promise he made in 2017. 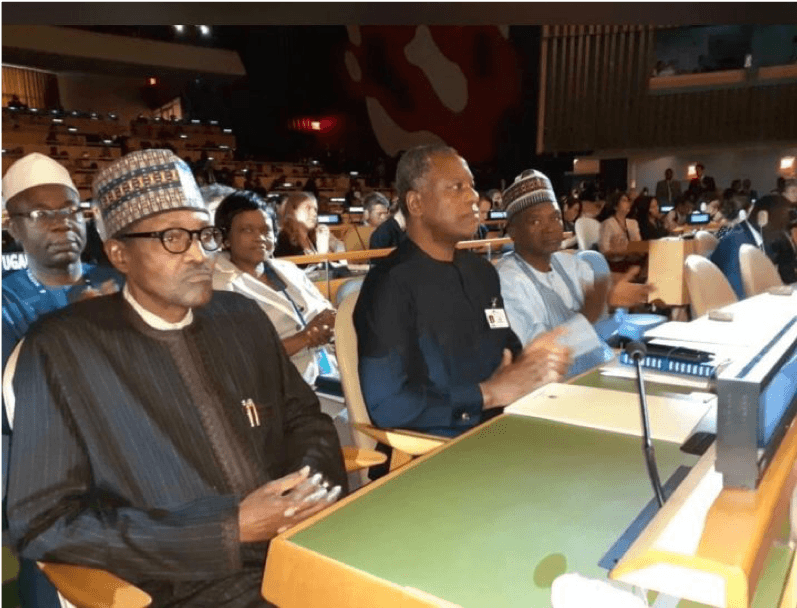 Many applauded him for the move but wailers couldn’t help but ask that the boy be denied the benefits of a governor’s son in terms of transportation to and from school, others said this was only done after the repairs of the school’s infrastructure.

My view: How many of us put our kids on motorcycle or tricycles to go to school or how many have their kids in public schools? Rather than come up with funny lines, I’ll rather we encourage government to bring public schools up to standard, so we can all send our kids there. What are your thoughts on El-Rufai’s move?

In a twist of events, an estranged woman was seen jumping out of a first floor window of a building. The woman said to be sister to a former governor was said to have jumped out of the window to escape arrest when confronted with allegations bothering on fraud and money laundering. She wasn’t so lucky as the security agents caught up with her before she could complete the escape. The video is trending now across social media. Her full details were sketchy at the time of this letter. Some women have energy though, see the jump below;

I don't know the real story though but what #danger could make a #woman perform such #stunt? #whatwesee #womeninstunt #nollywoodmovies

Muhammadu Buhari made me proud as he announced robust plans initiated by his administration to reverse the negative effects of climate change in Nigeria. See full text of his speech here

Remember to make someone smile today wherever you may find yourself. Enjoy the week.