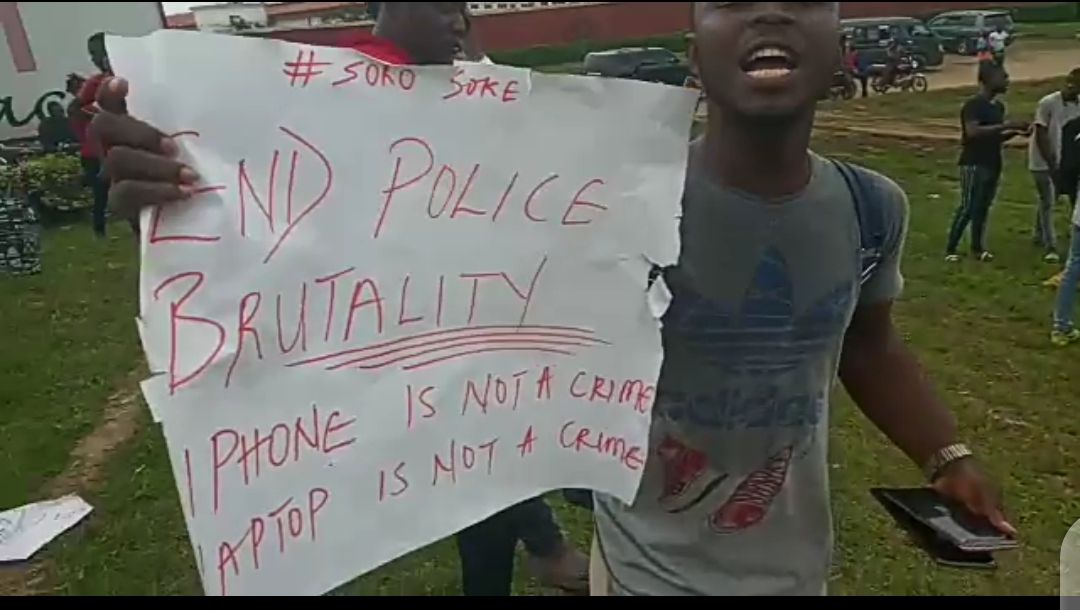 It’s been a while since I took time to send you a letter, forgive me; the struggle for Nigeria’s survival suddenly fell upon my shoulders. Super-hero vibes (winks).

Lagos and indeed Nigeria has been clamoring for the dissolution of SARS (Special Anti-Robbery Squad), a unit of the Nigeria Police Force that deals with armed robbery related crimes in the country.

There have been cases of extra judicial killings and high-handedness on the part of these law enforcement officers.

While a segment of the society, predominantly folks above 40 years of age believe SARS has been effective in curbing crime, younger folks believe SARS is a demon created to cut their lives short. And trust me, you wouldn’t agree less when the facts are placed before you.

I’ll refer to just three cases out of the extreme cases that involved the loss of lives;

LINDA IGWETU, on July 4th 2018, had just finished her Youth Service in Abuja, barely a day before, when she was killed by a SARS officer, Benjamin Peters, while on her way home with friends.

TIYAMIU KAZEEM, 21, a footballer in Remo stars, on the 24th February 2020, was stopped by SARS officials and as they forcefully tried to take him into custody, fell out of the SARS vehicle and was ran over by a moving car.

AYOMIDE TAIWO, 20, On the 9th August 2020 was returning home after the Eid-el-Kabir celebration in Osun state with his friend when their motorcycle was stopped by a drunk SARS officer. After paying the bribe the officer demanded, the police saw him with more money and attacked him. He was in coma for six days before he lost his battle.

There were protests and there were promises from the force to bring the killers to book but as far the people believe, justice was never served.

In September 2020 the call to end SARS came up again and with Twitter, it tipped and Nigeria is gradually shutting down as the protests to end SARS is gaining momentum.

What is curious though, is the fact that a major collector of funds for driving the project is Feminist.co, a women rights and genda equality advocacy body.

The youths themselves have donated funds from their personal savings and rumor even has it that some collectors are holding back funds, leaving some of the leaders of the #EndSars protesters to fund the daily activities despite the availability of funds for the welfare of protesters. That is a story for another day.

Paramount on the demands of the protesters are, proscription of SARS, prosecution of officers that were involved in the killing of innocent Nigerian youths, reformation of the entire Nigeria Police Force and ultimately good governance.

SARS has been ended and plans are already in motion to look into the reformation of the Nigeria Police Force.

Despite all the moves, Nigerian youths are still on the streets; a good show of resilience if you ask me and a real challenge to the government at all levels that it is time to do the right thing.

A number of folks have their doubts about the genuity of these protests that are happening simultaneously across the country but going by what we see and hear, the protests are a true reflection of the yearnings of an average Nigerian.

Unfortunately though, findings show that less than twenty percent (20%) of those on the street have an idea what the protests is really about.

Either ways, meeting these demands is an indication that Nigeria is on the way to a better country.

What are your thoughts about the EndSars protest? Please leave a comment.